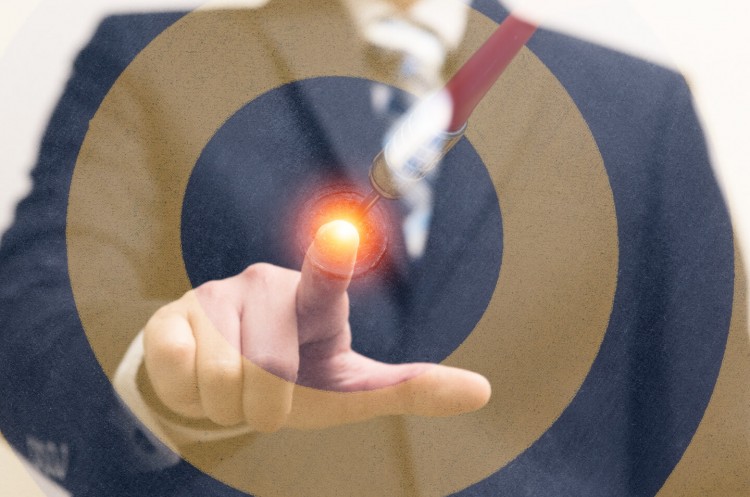 “To say the middle market is doing really well is to say something that has been true consistently over the five and a half years that we have been tracking mid-size companies.” Tom Stewart, The National Center for the Middle Market

For business owners, recent years have been a great time to be stuck in the middle.

According to The Middle Market Power Index, a collaboration of American Express and Dun & Bradstreet, the middle market has played a key role in driving the U.S. economy forward in the years following the Great Recession. Despite only comprising less than 3 percent of all U.S. companies, they employ more than a quarter of the nation’s workforce (27 percent) and their combined revenue is worth $9.3 trillion, 26 percent of all business revenue.

This powerful impact the middle market has on the nation’s economy has shown no signs of slowing, and in fact only stands to become more pivotal. Average revenue growth among mid-market companies over the past 12 months was close to 7 percent, notably higher than the average for small or large businesses. Furthermore, with the exception of just one quarter in recent years, they have also hired substantially faster as well, indicating that these businesses recognize the strength of the market and are investing in its growth.

At Generational Equity, we have noted how this significant impression made by mid-market businesses has increased their attractiveness in the M&A sphere. Our firm works exclusively with companies in this sector, and the last couple of years have been buoyant for deal activity. This is evident in data compiled by Thomson Reuters that illustrated how the first half of 2017 has been the strongest first six months of the year for activity since pre-recession 2007, with a total of 5,260 deals completed. It all points to an overwhelmingly positive atmosphere for middle market businesses and their owners, one that is making them increasingly attractive to business buyers.

Do you want to know another great thing about growth in the middle market? It is not confined to one industry.

Of course, with a substantial number of mid-market companies being involved in manufacturing or wholesale trade, the fact that these two sectors are experiencing especially strong growth is going to benefit the overall picture. But other robust industries right now include business services, retail, construction and information technology, all that are benefiting from the current economy and generating interest in this seller’s market.

Also, there has also been notable growth in the number of these companies nationwide. Staying close to home for a minute, Texas has experienced the largest growth in the number of middle-market firms in the last six years, more than doubling its tally to over 14,000 enterprises. Texas was one of three states to increase its number of middle market businesses by over 100 percent, joined by Ohio and Michigan.

As a firm proud of its Dallas roots, it is very encouraging to see the number of middle-market businesses in Texas on the rise. Our team at Generational Equity have been witnessing this first-hand in our own deal activity: the number of deals we’ve completed so far this year is 20 percent higher than at this point in 2016. But, even more impressive is the total value of these deals, which is a remarkable 140 percent higher than last year. With many mid-market businesses enjoying such positive returns this year and strong projections for 2018, this is showing no signs of ending in the foreseeable future, are you interested in selling your business located in Texas?

Indeed, there has been a growing trend in “upward sales” in the lower middle market, where private equity firms have been looking to smaller companies to unlock the potential of larger businesses. This is an effective strategy that we have noted among buyers, with PitchBook reporting that nearly $119 billion was invested by private equity firms in Q1 2017, with almost 50 percent of these deals valued under $25 million. This is healthy news for the lower middle market in particular, but indicates the strength and potential of this sector in general.

Is it time to take advantage of this strong market?

“It’s not just the small startups and large multinational companies that are hiring the most people and leading the way in revenue growth, it is also mid-sized manufacturers and wholesalers in the heartland, which are becoming leaner and more globally competitive. Growth in these sectors, among other middle-market industries, is what is really moving the needle for the American economy.” Brendan Walsh, American Express Global Commercial Payments

As we like to remind business owners, the best time to exit your company is when the market is strong and buyers are interested, and now is the best time to sell your business in a decade. If you are considering exiting and moving on to the next chapter in your life, you should attend our complimentary executive conferences. Held across the U.S. and Canada, these offer a welcome introduction to M&A designed for business owners, giving you an insight into what buyers are looking for and how to create the ideal exit strategy.

Of course, you might not be ready to exit right now, but that’s okay – our process at Generational Equity also offers advice on growing your business in this buoyant period. Whether it’s through a financial infusion or strategic partnership, our approach could unlock the hidden value in your company and help you achieve your goals. The only cost is a few of hours of your time, and in return you will gain a clearer vision of your future as a business owner.

If you would like to find out more about the work we do for business owners or when we are going to be holding a conference in your area, visit our website: www.genequityco.com. You can also give us a call at 972-232-1121 for more information.