Our National Debt Threatens Future Generations – We Must Act Now 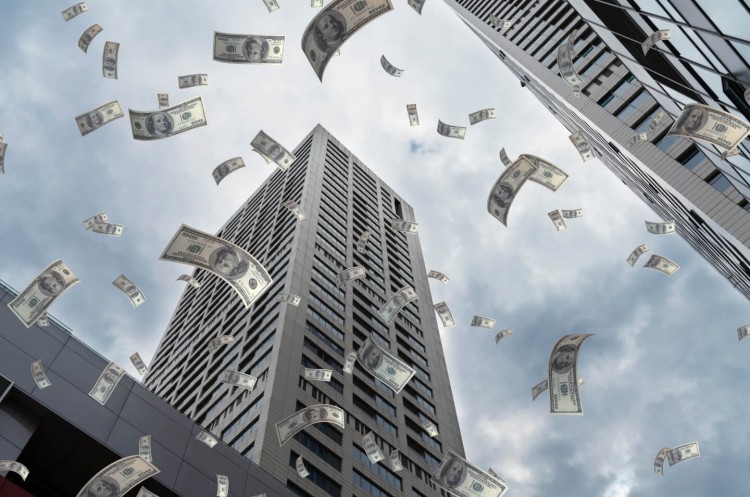 Ryan Binkley, President and CEO of Generational Group, recently had this column on the looming threat of the U.S. national debt published in The Dallas Morning News. Here it is in its entirety for our readers.

How do you know you are in a bubble? Most people don’t, of course, until the bubble bursts. But it is becoming increasingly clear we’re in one now: a debt/currency bubble the likes of which the United States has never experienced.

A common thread in all economic bubbles is a suspension of belief: It’s different this time, you hear, as asset prices and debt levels soar.

Recently, the U.S. Treasury Department issued a report showing that, for the first time in history, the U.S. national debt exceeds $31 trillion. At the same time, the latest World Economics ranking of nations’ debt-to-GDP ratio shows the U.S., with a debt-to-GDP ratio of 119%, now in fifth place in a ranking of countries with the highest ratio — behind only Japan, Greece, Singapore and Italy. Lebanon comes in just behind the United States at 115%.

Let that sink in for a minute. To be sandwiched between Lebanon and Italy is not something you’d expect to see from the world’s largest economy, and it hasn’t always been this way. The growth of our nation’s indebtedness over the past several years is staggering. According to economic data from the St. Louis Fed, the piling on of debt began during the 2008 financial crisis and hovered around 100% of GDP until the COVID-19 crisis, when it is estimated to have ballooned above 130%. In the year 2000, by contrast, the U.S. ratio was only 55.6%, and for much of the 1970s, into the 1980s, our debt-to-GDP ratio was in the low 30s.

These were the days, you might recall, of the Gramm-Rudman-Hollings Deficit Reduction Act, when those in power cared about deficit reduction. When a prominent debt clock was hung in New York’s Times Square. Reducing the burden on future generations dominated the national debate.

Today you hear little about the level of debt we are leaving for future generations, as politicians on both sides of the aisle worry more about the next election cycle than economic cycles.

Why does it matter? Primarily because a large public debt saddles a government with bigger and bigger future interest payment obligations, particularly as interest rates rise (the World Bank, for example has estimated that the debt-to-GDP ratio of more than 77% is the point where the crushing impact of this debt becomes a significant drag on an economy). Like a business drowning in bank loans, there’s little revenue left after paying interest on the debt for growth, investment or expansion.

You might say, yes, all true, but the U.S. dollar is the world reserve currency. That’s not going to change. We can print money forever. Indeed, such thinking has taken hold in both political parties in recent years.

But this is dangerous and flawed thinking. A quick glance at history shows us this dominance can be fragile.

The British pound sterling was the world’s reserve currency for much of the 19th century and into the 20th, until the deficit spending necessitated by two world wars nearly bankrupted the U.K. by midcentury. Years of economic decline followed, and after World War II the dollar had replaced the pound as the world’s leading reserve currency.

My point is this: The U.S. has only been the primary world reserve currency since the mid-20th century. And no party lasts forever. Just as gravity is an immutable law, there will come a time when our ability to simply print more money will end, and we will come crashing down beneath the weight of our free-spending ways.

Can we fix this? We can. My faith in the ability of our nation to right our ship never falters. But we must begin now.

This is not a Republican or Democratic issue. It is about the future of our economy and our great nation. For every wasteful entitlement or unemployment benefit that encourages people not to work, there is a lobbyist-created loophole or tax shelter benefiting the biggest of businesses. And it is the middle and working class, along with business owners, who are hurt most — those who depend on robust economic activity for jobs, income and livelihood. In other words, for their shot at the American dream.

If you read history, you know this: The crew of the Titanic saw the iceberg long before the ship hit. By the time the senior officers tried to correct their course, it was too late. There just wasn’t time to steer so mammoth a structure away from the coming danger.

We are staring at the iceberg now, but there is still hope to avert disaster. We must start righting the ship of our great nation, take our responsibility of stewardship seriously and do the right thing for future generations.