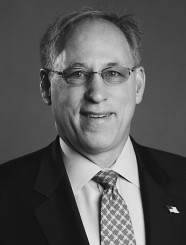 T.D. is Executive Managing Director for Generational Consulting Group. He helps transform companies by leveraging his experience as a veteran President/CEO, finance executive, investor and board member.

He was also the interim President/CEO of four companies - a $200M distributor of food, paper products & janitorial supplies, a $65M gift card printer, an ammunition company and an outsourcing telecommunication company. He has M&A experience having helped sell seven businesses. He was an investor at a family office sourcing deals and overseeing a portfolio of service companies, a principal for an LBO firm formed to purchase and operate companies, an interim CFO for a $80M manufacturer, and acting CFO for a $450M multi-national manufacturer.

T.D. has served on over 30 boards and is currently on the board of advisors for Matrix Design, Chicago Metro FCA, Duke Feagin Leadership Program and New Harvest Global Ministries. He was active in YPO. He served as an officer in the U.S. Army, as a football coach at West Point, and a helicopter pilot in the 82nd Airborne Division during Operation Urgent Fury in Grenada. He earned an MBA from Duke, a B.S. in engineering from West Point, and was quarterback on the Army football team. He lives in Wayne, IL with his wife and has four children.

We are leaders in M&A Over 50 awards and counting

We are leaders in M&A Over 50 awards, and counting