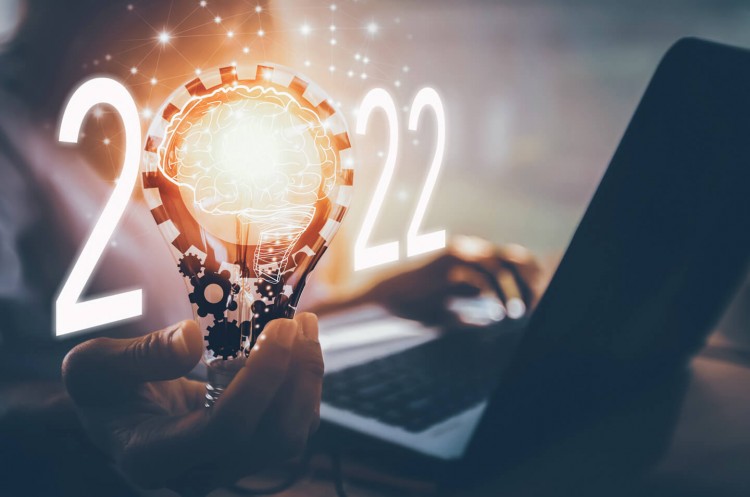 Over the years we have analyzed the Intralinks Deal Flow Predictor (DFP) to estimate future M&A activity. Time and time again, the DFP has proven to be a very reliable indicator of the number of deals that will be closing in the next six months plus. We are assuming this will be the case in 2022 despite a number of unknowns including the impact of the war in Ukraine (see editor's note below), rising interest rates, and the lingering impact of COVID.

However, despite all of these challenges, Intralinks DFP indicates that deal volume should remain stable in 2022. Here is how they describe it:

Despite the world still being in the grips of the COVID-19 pandemic, announced global M&A activity in 2021 reached record levels. According to the Financial Times, quoting figures published by Refinitiv, deals worth more than USD 5.8 trillion were completed worldwide, a 64 percent rise from 2020 and the fastest pace of growth since the mid-1990s. Meanwhile, deal value was 54 percent higher than in 2019.

The market widely anticipates a robust year of dealmaking in 2022. However, proactive dealmakers need to be ready to pivot if potential headwinds materialize.

The impact of rising inflation and the expectation that central banks will be forced to intervene via interest rate increases is already having an impact on markets. It will naturally have an impact on the cost of capital and how deals are funded. For private equity (PE) funds sitting on record levels of dry powder, this may require an increase in the equity ticket on each transaction. This has a knock-on effect on business development plans for the portfolio company and returns on investment – but for corporates, it may just make some deals too expensive to pull off.

As we have discussed before, the sad reality is that when geopolitical issues such as the war in Ukraine rear their ugly heads, the demand for companies located in very stable economies, such as the U.S., goes up. The anticipated dramatic decline in Eastern European M&A transactions will simply drive buyers and PE firms to North America where U.S. and Canadian firms will become even more attractive.

Despite planned interest rate increases over the next 12 months, the fact is there are no more stable economies in the world than here. A decline in ROI due to interest rates is a safe haven when compared to what we are seeing in Europe right now.

As we have learned, the opening of VDRs (virtual data rooms) has been (and will continue) to be accurate indicators of future M&A activity, despite geopolitical issues impacting the world. The key is being nimble and prepared to take advantage of the possibilities presented by a climate of the unknown. Humans naturally fear change, especially change that is unknown. This is how Donald Rumsfeld once put it:

I don’t “know” about you, but I think that sums up the fear that freezes so many of us into inaction when we need action! And business owners today need action. Waiting to see how high interest rates may rise, how the pandemic may end, and what happens in Ukraine are not wise. Waiting is not sustainable in today’s volatile economic world. Action is!

If you would like to learn how you can thrive during the next 12 to 18 months in this “unknown” world, please reach out to us and we will put you in touch with one of our Growth and Exit planning professionals who can help you navigate these waters.

And remember, the Intralinks DFP is rarely wrong!

Intralinks Editor’s note: The SS&C Intralinks Deal Flow Predictor for Q2 2022 was completed at the end of February 2022. While we attempt to factor in as many external variables as possible in our M&A prediction, the invasion of Ukraine by the Russian Federation on February 24, 2022, was not included in our forecast for global M&A deal flow. Eastern European deals have been subsequently impacted by the conflict. However, from a total regional perspective in Europe, issues such as inflation and supply-chain challenges are currently outweighing any concerns related to the invasion.

The SS&C Intralinks Deal Flow Predictor provides Intralinks’ perspective on the level of early-stage M&A activity taking place worldwide during any given period. The statistics contained in this report reflect the volume of VDRs opened or proposed to be opened, through Intralinks and other providers for conducting due diligence on proposed transactions, including asset sales, divestitures, equity private placements, financings, capital raises, joint ventures, alliances and partnerships. These statistics are not adjusted for changes in Intralinks’ share of the VDR market or changes in market demand for VDR services.