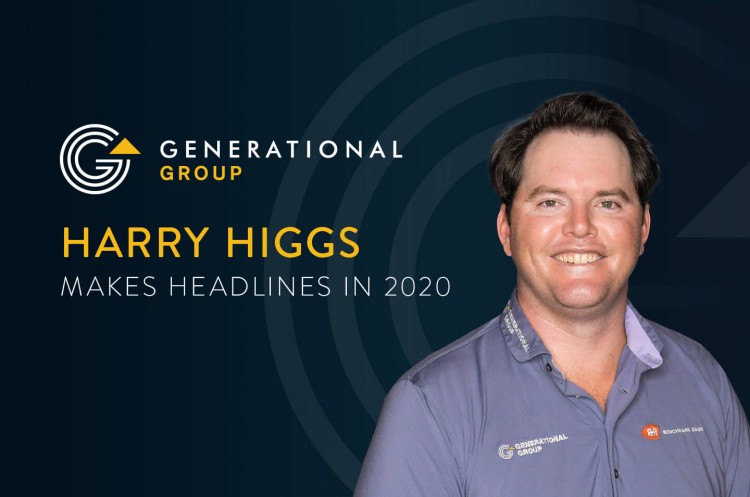 At Generational Equity, one of our most celebrated values is excellence. It is only through the consistency, expertise and attention to detail of our associates that we are able to deliver outstanding results for our clients in growing their companies and guiding them in their exit journeys.

This commitment to excellence is something dealmakers share with another profession: Golfers. Determination, focus, dedication, patience – all common characteristics applied to two seemingly very different walks of life. And few embody this pursuit of excellence more than PGA Tour Pro Harry Higgs.

Back in January, we announced our sponsorship agreement with Higgs, running through 2021. Already a star on the rise, 2020 has seen Higgs’ legend grow considerably, and the sky's the limit for the 28-year-old Dallas resident.

A great year on the course

After earning his PGA Tour card for finishing 5th on the 2019 Korn Ferry Tour, including a win at the Price Cutter Charity Championship, Higgs enjoyed a solid debut season on the tour, building a strong following of fans along the way.

One of the highlights of his 2019-2020 season was undoubtedly a second-place finish at the Bermuda Championship, carding an impressive -20. By the end of the season, Higgs was 55th in the FedEx rankings, making the play-offs and ensuring his return for the following campaign.

Higgs performances throughout the campaign allowed him to qualify for the second leg of the prestigious FedEx Cup. This included his participation in the 2020 BMW Championship, making Higgs one of only four PGA rookies to make the coveted Top 70 in the FedExCup standings:

Ryan Binkley, President & CEO of Generational Group and a passionate golfer himself, was understandably impressed with Higgs’ first year feats:

“We have been excited to see Harry grow and develop as a player and are very proud of his accomplishments on the tour his rookie season. We are looking forward to watching him continue to establish himself as one of the top pros on the PGA tour.”

Following this excellent rookie year, Higgs has wasted no time in making an impression on the 2020-2021 season. In the first event of the season, The Safeway Open, Higgs finished in second place with a score of -19. While he was just shy of a first PGA Tour victory, he certainly secured the shot of the tournament with a remarkable walk-off Albatross, a feat only a handful of pros can boast about.

This epic shot immediately captured the imagination of the golf world, marking Higgs as a name to watch both now and for the future. Moments like this and his fun-loving personality on social media have made him a firm fan favorite – and we’re incredibly excited to witness first-hand.

Indeed (as of November 3, 2020) Higgs has kept up the consistency, with 2 Top 25 finishes in 4 events, leaving him 15th in the FedEx Cup standings and the World Number 100. On this trajectory, we expect to see Higgs’ name appearing more and more frequently at the top-end of leaderboards this season and in the years to come.

In addition to his focus on the golf course, Higgs is passionate about charity work and supporting the community, and this was a key motivator behind working with our team at Generational. We sponsor numerous charitable initiatives every year, helping people throughout our community and beyond, and Higgs has already shown his commitment to supporting these.

For “The Salute – A Tribute to Our Troops” fundraising golf and tennis tournament, Higgs contributed several enticing prizes to the event’s silent auction, including a foursome round of golf with him at Trinity Forest, and an autographed TaylorMade SIM driver, which he used to set up an Eagle putt at this year’s Safeway Open.

Higgs has also been kind enough to play a few rounds with our associates throughout the year, although not even our most seasoned golfers have been able to keep up with him on the course!

We’re looking forward to sharing more updates as Higgs’ golfing story continues to develop, and as we team up with him for more events in the coming months.